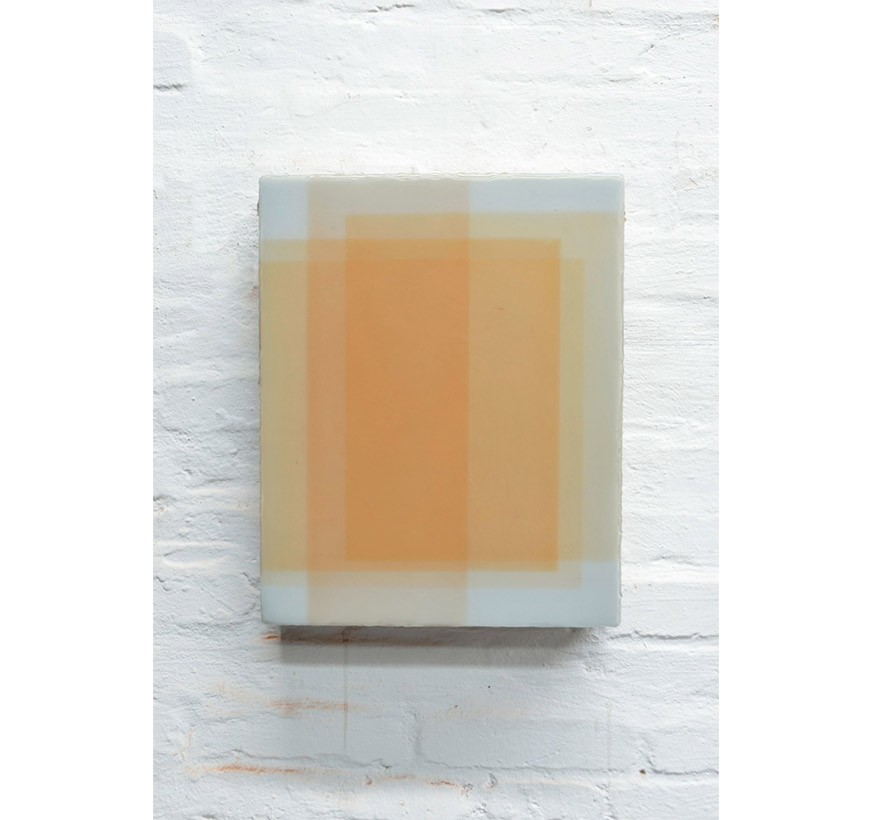 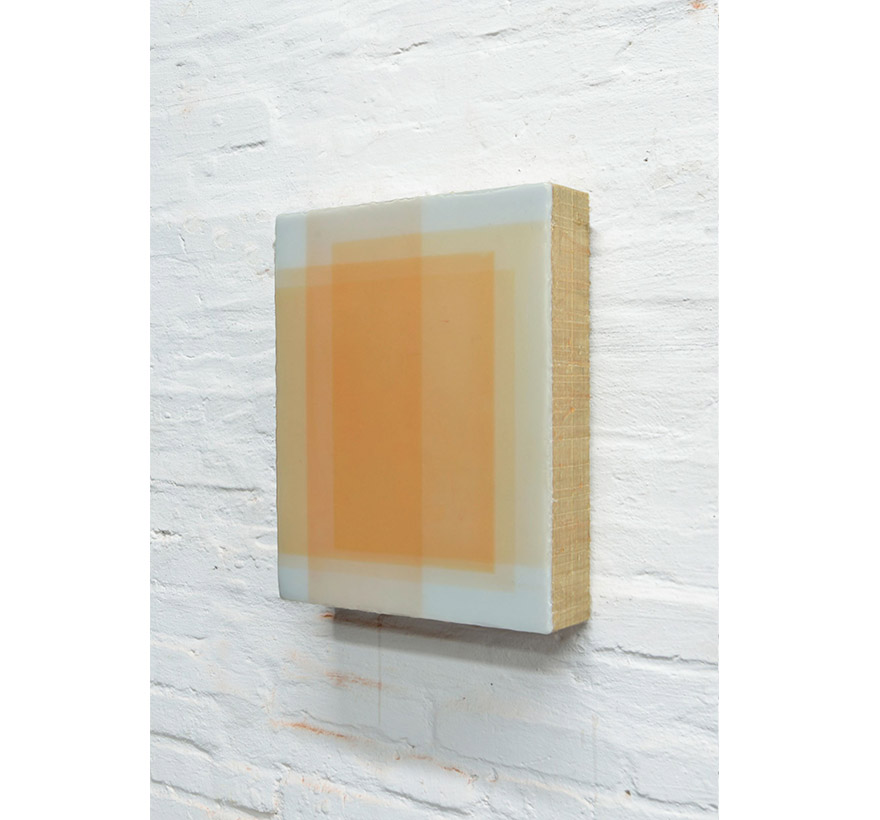 Resin and pigments on wood structure

Dirk Salz (1962, Bochum, Germany) is interested in simple forms and the transparency of colour, playing with impressions of depth, which are not imposed through planes or complex compositions, but through their reduction. As we see in #2580, his images are placed on smooth surfaces that serve as methaphorical mirors for the viewer, mirrors that reflect the viewer’s own image within the space, and the possibilities of our relationship to it.

His works open up an experience of shifting between their various depths and planes, but at the same time they hold our own place next to them, not within them. Because the concept of reflection is inherent to Dirk’s artistic investigation of space. In addition to exploring space, Salz’s works, such as #2580, impose on us a question of temporality and the role of time in our perception of space. Time is a category that comes before space, which is necessarily more internal and allows outer space to be revealed. 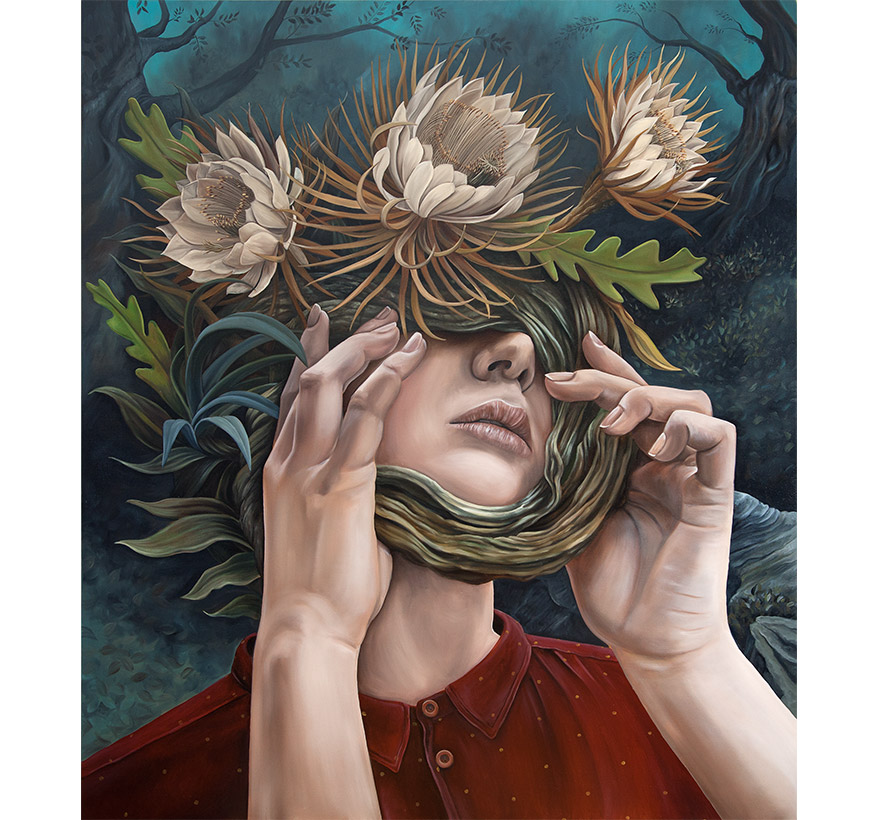 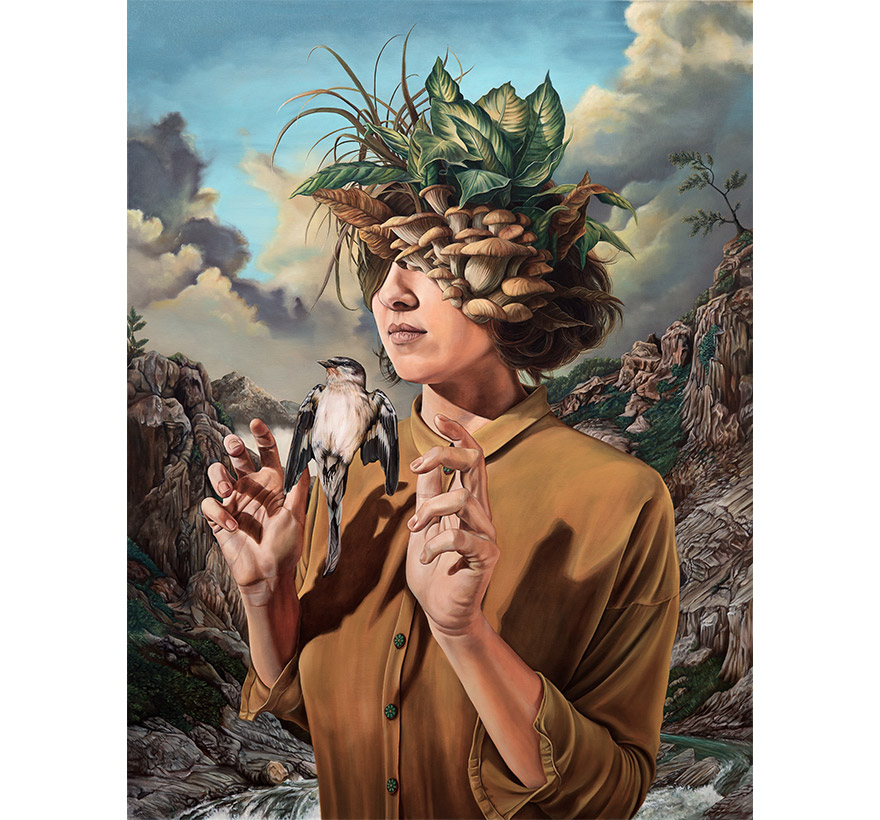 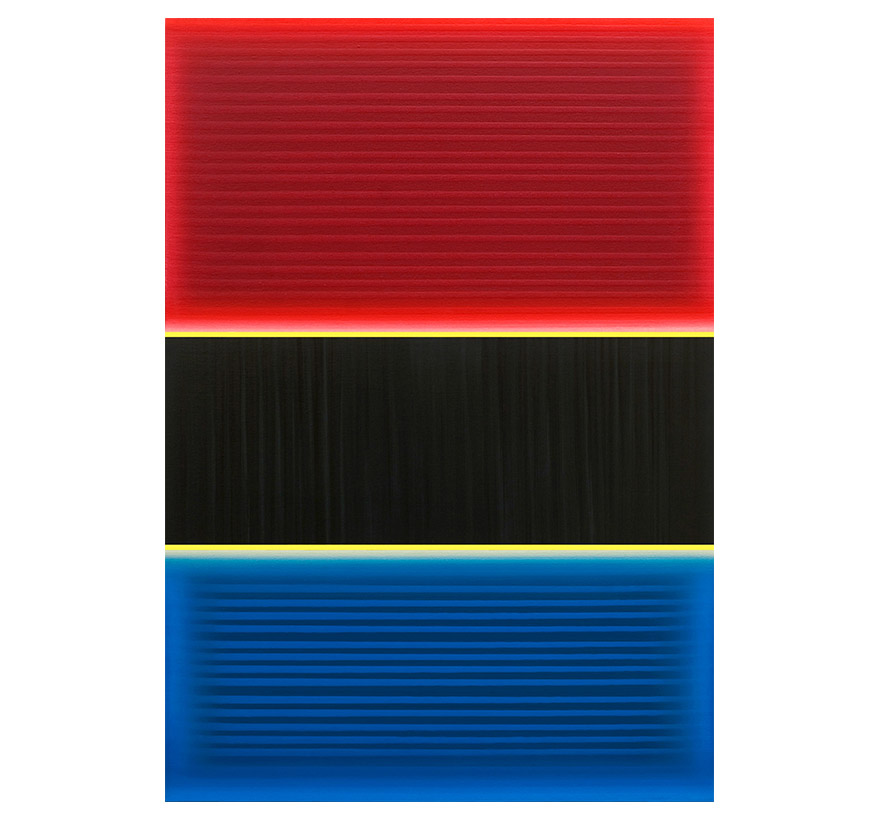